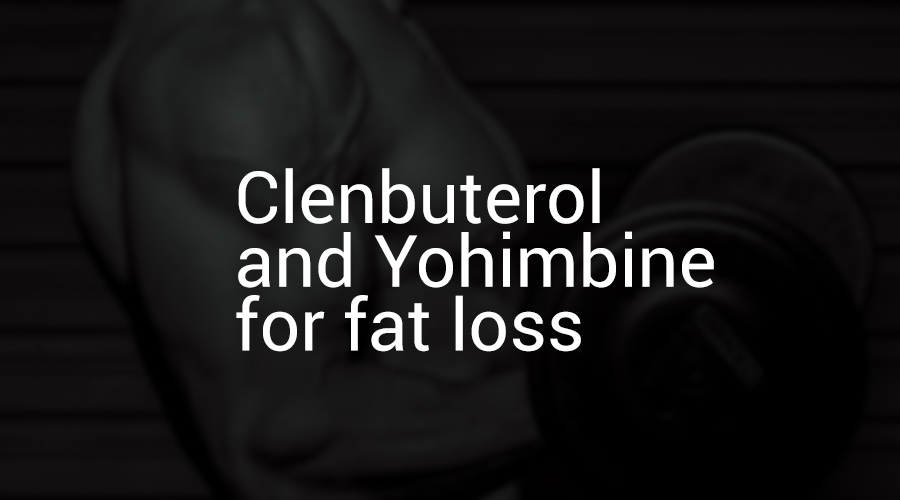 Clenbuterol and Yohimbine for fat loss

Clenbuterol was originally developed as an asthma medication that helps patients breathe more easily during an attack. It’s also been given to cattle to increase their lean body mass. Because it aids in the production of greater profits, farmers use Clenbuterol to improve the amount of flesh on cattle.

In terms of increasing muscle mass in animals, Clenbuterol has been proven, although it isn’t as efficient in humans attempting to bulk up. Clenbuterol is a powerful fat burner with weight reduction effects, but it also has anabolic and muscle-sparing properties. 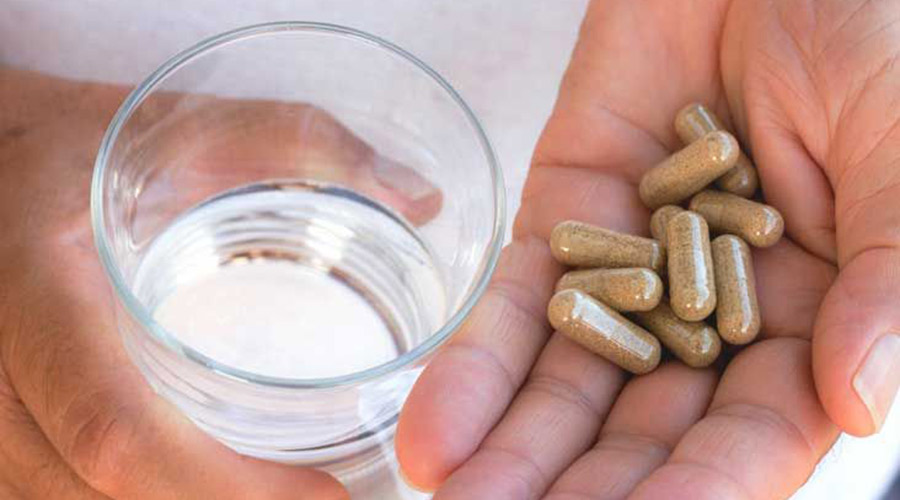 After a few minutes, Clenbuterol’s effects become apparent. The sympathetic nervous system is activated, causing the release of adrenaline. As a result, an individual’s metabolism increases, resulting in them burning more calories throughout the day. Some users may experience racing thoughts, impulsive behavior, or sleeplessness as a result of its stimulative qualities. This is due to it increasing your heart rate. 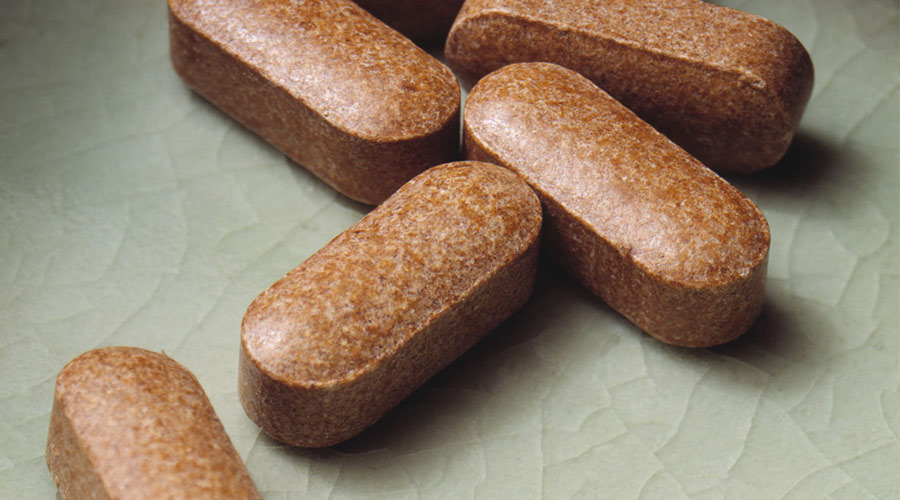 Yohimbine is derived from the bark of a variety of trees (including pausinystalia and cynanche). Yohimbine has been demonstrated to aid in the reduction of body fat. Although the long-term safety of yohimbine is unknown, it appears to be safe. 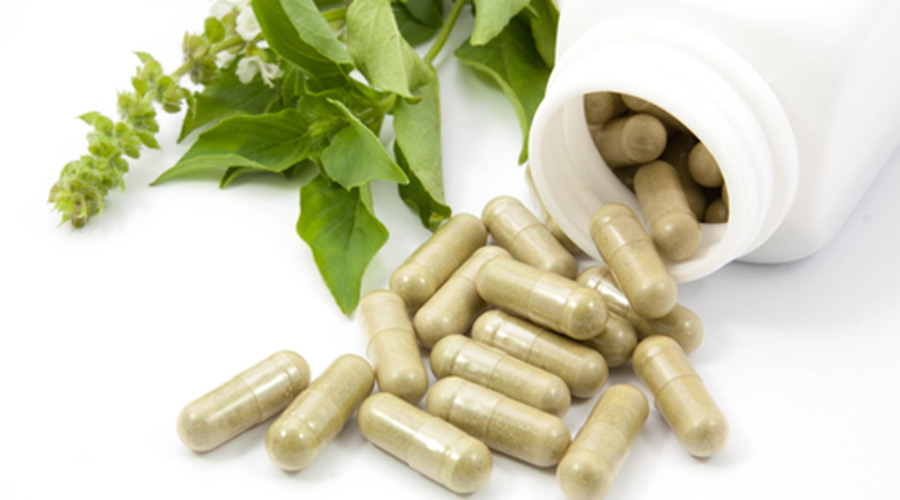 Yohimbine works similarly to caffeine or Clenbuterol as a stimulant, but it also has antioxidant qualities and dilates your blood vessels, allowing more blood to flow freely. It also lowers cortisol levels and regulates blood sugar levels, making fat loss easier in stubborn areas. For males, yohimbine is most effective on the abdomen and thighs, and hips for females. These are often the last places to slim down; however, yohimbine may help with this process.

Yohimbine, like other alkaloids, is an aphrodisiac that can improve a person’s sex drive and sexual performance. 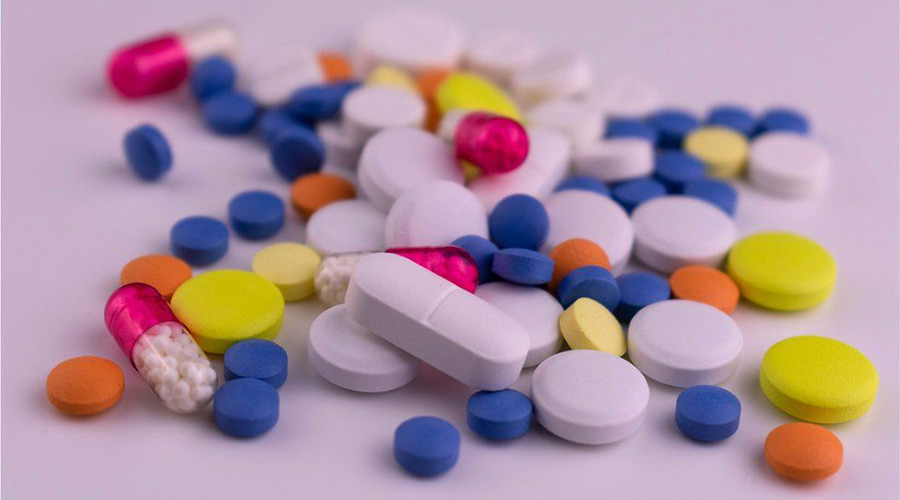 Yohimbine is an alpha-receptor antagonist that works by inhibiting fat burning. When you combine Yohimbine with a beta-receptor agonist (Clenbuterol), you’ve created a fat-burning chemical environment that’s difficult to ignore.

The major downside of mixing both these strong cutting agents is that you’re likely to suffer negative consequences. There’s always a catch, whether it’s with bodybuilding pills or any other medicine. Fatigue, dizziness, and headaches are the most frequent adverse effects.

These adverse effects are typical when you combine Clenbuterol and Yohimbine:

The following are some of the negative consequences that everyone will experience to a certain extent. People who have heart disease or high blood pressure should avoid taking these supplements, to a greater or lesser degree.

Supplements may help to mitigate these unfavorable effects, but if you eliminate the stimulant effect, you’ll lose out on the fat-burning impact. I recommend taking hawthorn supplements to keep your blood pressure under control. This won’t relax your nervous system or decrease thermogenesis, but it will prevent your BP from getting too high. 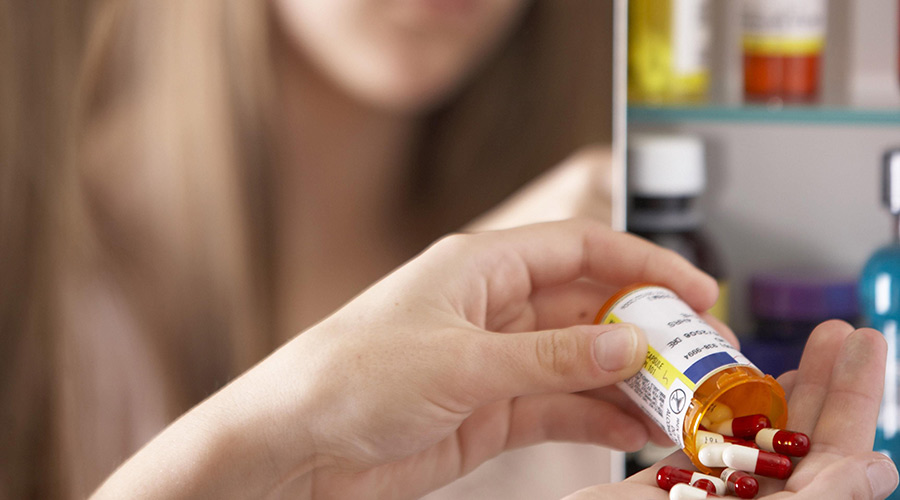 Minimize the potential for negative effects by doing short cycles of two weeks at a time. The possibility of developing severe adverse effects rises after this period. Even if Clenbuterol’s effectiveness decreases after two weeks, there is little point in continuing to use it because a fat loss would not be any better. 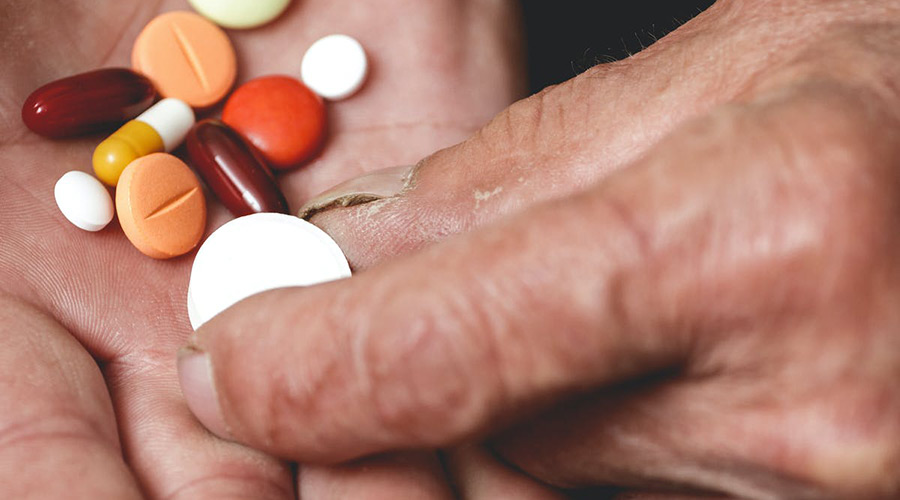 They’re both excellent for a variety of uses. They are suited for several situations. Oral supplementation is simpler to administer and is anticipated to provide comparable health benefits as the injectable version.

However, for those wanting to test out this spot reduction strategy (or the injectable version in general for its potential fat-burning benefits) or other treatments, Helios would be well worth including into at least one cycle to evaluate personal efficacy.

You’d have to handle this variation in such a manner that the amount of active Clenbuterol (per mcg) was comparable to that of the oral form if you wanted to manufacture a liquid DNP product for weight reduction. Regardless of the type you choose, maximum dosage recommendations remain applicable.

This is critical since, while Clenbuterol may be given in various dosages and strengths, Helios has a greater bioavailability than injectable Clenbuterol, making it far more effective on a milligram-to-milligram basis. 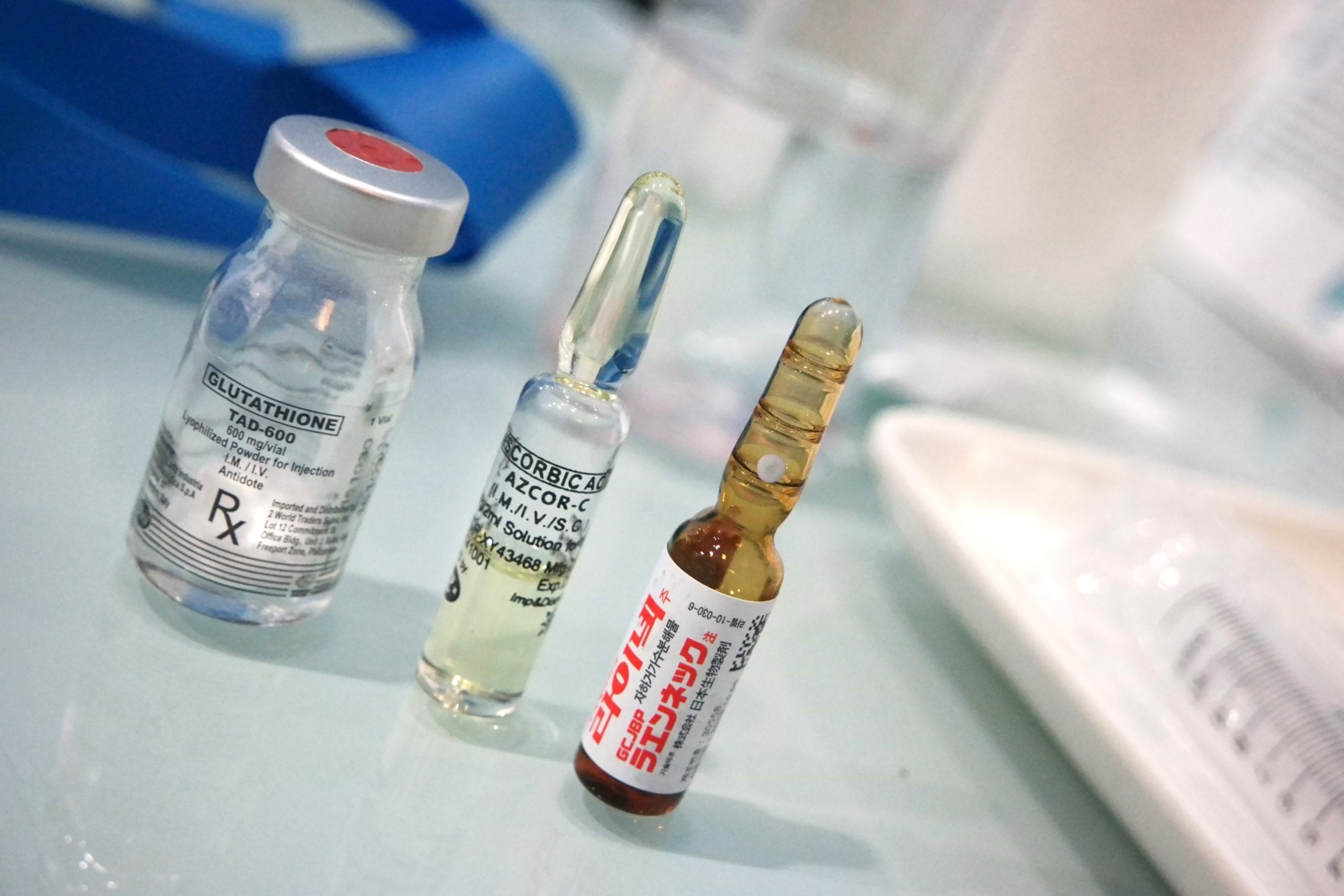 The Clen 300 is a combination of clonidine and yohimbine hydrochloride. The former, like Clenbuterol, works by inhibiting fat breakdown in the body (through interference with the alpha-2 receptor) and allowing triglycerides to be released into circulation for excretion.

Mix aerobics with helios to increase the circulation of triglycerides. Some people only utilize its thermogenic effect, while others use it in combination with aerobics to boost the flow of free fatty acids (fat present in the blood) through the circulatory system. 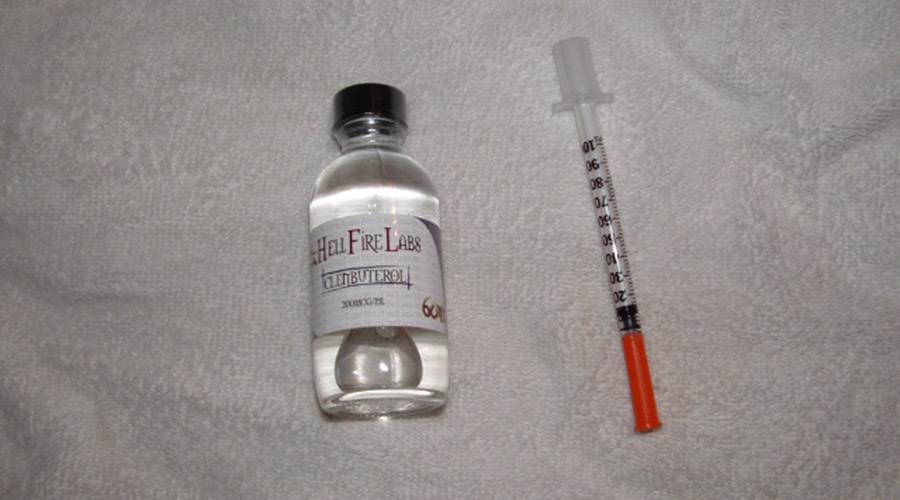 Because it’s a new treatment that hasn’t been widely available, it’s rather unusual. Despite this, it works well and isn’t often discussed since it is quite uncommon. Users, on the other hand, usually inject themselves (whereas they would typically target fat-rich areas as their injection site) to specifically reduce body fat in stubborn regions of their bodies.

The love handles, triceps, thighs, waist, and anywhere else stubborn fat is “estrogenic” in nature seems to profit the most from helios.

The lack of option for altering the mixture ratio of Clenbuterol to yohimbine HCL is another disadvantage. To maintain blood levels of yohimbine HCL constant, 3 injections per day (the suggested daily dose is 10-12 mg) are the most efficient method.

How does Clen burn fat? 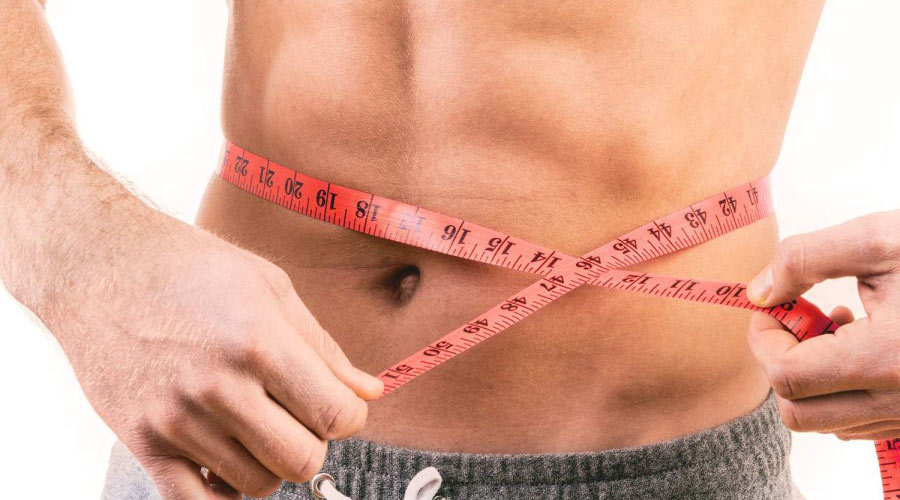 Clenbuterol increases the core temperature in the body, which is why it’s often sold as a weight-loss supplement. This rise in temperature is a natural consequence of higher adrenaline and blood pressure levels.

The body’s temperature is disrupted when it is exposed to a fever, causing calories to be burned at rest in order for the body to re-establish normal temperature (trying to maintain homeostasis).

Because of this effect, you’ll even lose fat while sitting on your butt all day. If you do intense exercise while taking Clenbuterol, however, you will see even better results.

Theophylline and Clenbuterol are two fat-loss supplements that work in tandem. They function by boosting the metabolism of the body, causing it to burn more calories at rest. The most typical adverse effects of taking these pills together include anxiety, restlessness, headaches, and sleeplessness. To reduce the side effects, cycle Clenbuterol and yohimbine on and off every two weeks. If you have heart disease or high blood pressure, you should avoid using these medicines.

Here are the two fat-burning pills you’ve been looking for: Clenbuterol and yohimbine. I hope this post has addressed any concerns regarding how these two substances interact. Always consult a doctor before beginning any new supplement treatment!

Does Yohimbine work for fat loss?

Yes, yohimbine has been proven to aid in the reduction of fat. It works similarly to caffeine or Clenbuterol as a stimulant, but it also has antioxidant qualities and dilates your blood vessels, allowing more blood to flow freely. It also controls blood sugar levels and reduces cortisol, making it simpler for you to lose weight in difficult areas.

How much fat can you lose with Clenbuterol?

Clenbuterol has been shown in studies to aid weight reduction by up to two pounds each week. When used together with yohimbine, it is most efficient, but Clenbuterol can also be effective alone.

What is the closest thing to Clenbuterol?

Clenbuterol is one of the few medicines that contain no pills or supplements that are comparable. Clenbuterol, on the other hand, has a unique mechanism of action because there are no similar medications. Clenbuterol alternatives include various types of dietary supplements that help your body burn more calories and increase its metabolism.

What does Yohimbe do for your body?

Yohimbine is a stimulant that works to reduce fat. It accomplishes this by boosting the body’s metabolism and thermogenesis, causing it to burn more calories at rest. It also has antioxidant effects and aids in blood sugar management. Yohimbine can also help to decrease cortisol, causing your body to burn more fat rather than muscle.